Star Rocket… Super versatile, super resistant. That’s what makes Spoetnik #1 such a winner. Once this plant takes off it will continue to soar, leaving a stardust trail that blazes through the night.

The heritage of this plant is Afghani, crossed with Dutch genes, giving it base characteristics that reflect its reputation as a hash giving plant. Back in the day Spoetnik hash was a top choice amongst Amsterdam coffee shop connoisseurs.

Our version, Spoetnik #1 is a Paradise twist on an original classic, the quality bred through to produce a galaxy of riches. The buds of the Spoetnik are meteor chunky, with trichomes that light up the colas like the Milky Way. This plant is a dream for the farmer wanting to take home some hash from his or her harvest.

A popular plant with growers indoors and outdoors, because of its durability, able to thrive in regions and environments where pests and mold would pose a problem. Grown inside it is obedient to training for whatever grow project you have in mind Spoetnik is always ready for a mission. Outside, it will

shoot for the open sky seeking out those sunbeams. However, its good all round resistancy makes it well suited to outdoor gardens in northern countries, such as Canada, Germany, the UK and Czech Republic.

These inherent qualities make it a great choice for the beginner or novice grower, who can expect to reap a rich harvest of resinous produce. A slow starter to begin with, this plant compensates with a late burst, filling out branches and gaining weight as it reaches maturity. This plant delivers a light show to inspire when it flowers, the buds hardening and becoming compact.

As you would expect, the taste of Spoetnik is rich, Heavenly grapes meets Earth, meets the metallic taste of deep space. Surprisingly for an indica dominant variety, relaxation and tranquility can also come with an uplifting sense of meditation. One for the philosopher and a good strain to soothe medical ailments. 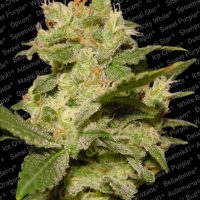 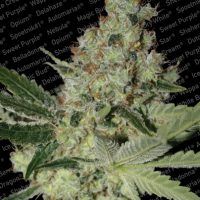 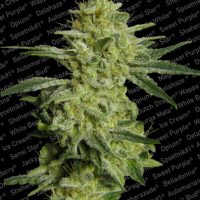 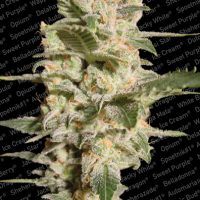 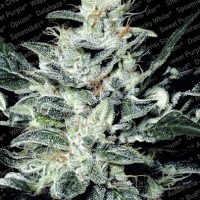 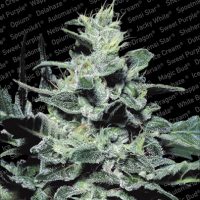 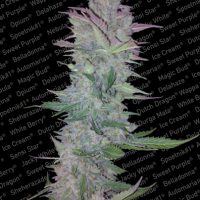